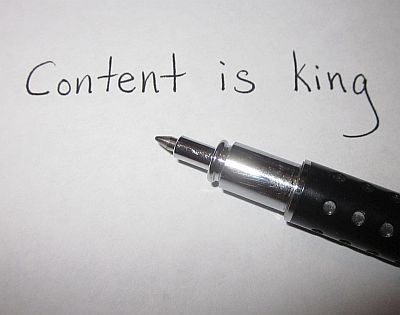 I thought I’d take a moment to update this blog with my current status in outsourcing my life.

I’m still using ::oDesk(“a”):: as my primary source for talented (and inexpensive) worker bees.  At this point I feel like I’ve got a pretty solid group of individuals and am pleased with the services they provide and the quality of their work.

With that said, keep in mind that I adjust my expectations based on the amount I’m paying.   I often joke with friends that I don’t expect a $30 pizza from Little Caesars $5 Hot-N-Ready deal.   At the same time, when I do go to a fancy-smancy pizza joint with my friends and put down $30 for a pie, I expect a pretty freakin’ amazing pizza experience.   The same applies with my virtual assistants and other workers.   Where much is given, much is required!

I’ve still been focusing on many of the same tasks that I’ve been outsourcing for years, but over the past few months I’ve been moving into more unique and quality content curation, which needs to be a bigger part of my outsourcing strategy.  Great content that is organized and presented well is definitely still king!

Main Virtual Assistant – Philippines, $3 / hour, 10 hours / week:  This VA is AMAZING!  She’s been with me for about 9 months and I couldn’t be happier.   She’s very easy to work with and understands everything I throw at her.  She’s incredibly responsive, responsible, and intelligent.  She’s prompt and detailed with communication and is super organized.   Her primary tasks are:

She’s only part time because she has a full time job.    I’m in the process of expanding her role and her weekly hours.   I’ll have higher expectations and will also gladly give her a raise!

Here is a note I received from her a month ago:

“You’re like the coolest boss ever and I hope you know I really appreciate all the work you’ve been giving me. I love that you’re very considerate and that I can work on a flexible schedule with you. It’s really convenient. I’d love to work for you FOREVER.“

Graphic / Web Designer – Philippines, $4 / hour, as needed: I found this guy when I put out a really simple project on oDesk for a quick $5 graphic design.  I hired 3 people to do the work and his was by far the best.   His communication skills were also excellent so I offered him a position.   I’ve given him a few miscellaneous graphic tasks and a few websites to design and he’s done a fantastic job.   I’d love to give him more work, but I struggle with reviewing and managing graphic / design based projects.

Second Virtual Assistant – Bangladesh, $1.75 / hour, 5 hours / week:  Above I mentioned the graphic project I hired 3 workers to complete…  this guy was one of them.  His graphic skills were pretty poor, so I paid him and thanked him for his work.   He came back instantly asking for more design work, but I told him I didn’t have any for him.  He asked if there was any other type of VA work he could do.  He was out of work in an area where there was a TON of unemployment.  He practically begged me to hire him at a low rate just to give him something to do.  I’d been pulled down this path before with poor results, but I gave into his plea.  His communication is pretty poor and he often needs extra explanation and easy tasks, but I’ve found him to be very responsive and a good worker.   I’ve giving him a ton of data entry, research, etc. projects that don’t require absolute attention to detail but still provide great benefits to me and my business.   Some stuff I’ll have him do the grunt work on and then pass it off to my main VA.  So far, so good!

Article Writer – Philippines, $5 / article:  I posted a job on oDesk for someone to write 10 articles for $50.  I got a TON or response… like 150 applications!  I interviewed 10 people and hired three.  I gave them each 2 articles that were the same topic and 8 which were different.   One writer came out the clear winner so after paying them all I offered the best one an ongoing task which she gladly accepted.   I’m now having her write 500 – 700 word articles for $5.00 each.   They are surprisingly good and only need a tiny bit of polishing to make them sound more like “American English”.

I had a PHP programmer on staff but I hadn’t used him in ages and when I tried to reach him I couldn’t get him so I closed the job.

In addition to the ongoing “positions” above I’ve had a few one-time projects I’ve put on oDesk:

At this point my biggest priority is to keep my main VA happy and give her enough, but not too much work.   Second priority is to curate great content!  So far those things are running like a mostly well-oiled-machine.  That said, I’ve learned from previous experiences with really good people “this too shall pass” and at some point I’ll be forced to find new people.   I just hope I can keep them on-board and keep them super productive!

(UPDATE – Tonight I chatted with my main VA over IM for a few hours.  She’s excited about where things are going and has committed to 2-3 hours a day, 6 days a week.  I told her I love working with her and gave her  a 30% raise!)